Most people in the community know the mysterious story of Bobby Fitzgerald. The unsolved disappearance of the experienced hiker in the foothills of the Blue Ridge Mountains attracted national attention in 2012. But there are still many locals who don’t realize the strength of Fitzgerald’s connection to the STAUNTON-AUGUSTA FAMILY YMCA.

Over many decades of attending the YMCA and other fitness facilities in town, Fitzgerald cultivated friends who became like family and supported programs central to the Y. In fact, his absence from the Y was one of the first clues that something was awry, prompting friends and search groups to start combing Shenandoah Mountain in western Augusta County.

“He will always be a part of our Y family,” said Annual Giving Campaign Co-Chair Heather Berry.

As the YMCA fundraising team started planning to bring the annual campaign back in a more traditional way after modifying it in light of COVID-19, Berry suggested kicking off with Bobby Day on April 20, his birthday. The first event was held last year on that date, and included the presentation of a $30,000 check from friends and family – much of which had initially been collected as reward money.

Despite extensive searches, in the 10 years since Fitzgerald vanished, very little evidence related to his case has been found on trails or in the surrounding area.

“There really isn’t any closure yet for those of us who were close to Bobby,” said longtime friend Joe McCue. “When we held the first event, we knew we would want to do something every year, to honor him and keep momentum going in the community.”

Fitzgerald and McCue bonded as fellow fitness buffs and active community members when McCue owned the Staunton Racquet Club and Staunton Athletic Club. Those organizations merged with the YMCA and came to occupy the current facility on Coalter Street. McCue helped rally dozens of Fitzgerald’s local friends and connected with his family members out of state to make Bobby Day a significant part of the Y’s fundraising efforts. In 2021, gifts in Fitzgerald’s name accounted for more than a third of the campaign’s $120,000 donation total. This year’s ambitious $160,000 fundraising goal is built on personal connections with the Y and the people who benefit from its services, making Bobby Day a fitting way to begin, said Berry.

“People give to people, because they know a meaningful story of how the Y met a need, or they have one of their own,” she said, articulating the enduring campaign theme. Every dollar donated during the campaign supports mission-based programs and scholarships.

Each time a youth is offered discounted camp tuition, or a parent receives financial aid for their membership fee, or someone has the opportunity to participate in a Neuro-Wellness session that they couldn’t otherwise afford, those are campaign dollars at work, Berry explained. 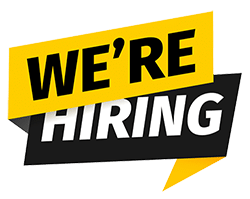